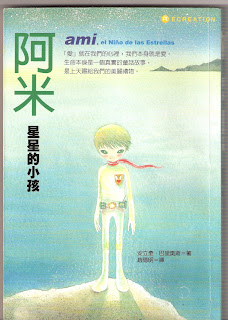 I had just finished reading a book written by Enrique Barrios with the title "Ami, Child of the Stars. When someone said to you "child of the stars", what is it in your mind? To me, immediately I linked it to "universe", "" and "UFO". Fun, isn't it? Interesting topic that scientists still exploring and trying to contact with these special beings from other planets in the solar system or from the universe.
And, I remembered coupled of weeks ago, Professor Stephen Hawking, a world leading scientist confirmed the existence of extraterrestrials or in the universe and added "don't contact the ." But, long before, Professor Hawking warnings as he find it is too risky to contact the , NASA and others had beamed several messages into the deep space and 2 years ago, the U.S space agency even broadcast "Across the Universe" - by Beattles into the space. Professor Hawking also highlights that the Universe has 100 billions of galaxies, and each galaxy contains of hundred millions of stars. Hence, Earth is unlikely to be the only planet where life evolved. Well, I do believed with existence of other beings in the Universe and the many galaxies in the Universe.
Let's come back to the book that I had just finished reading yesterday, and just find it maybe you have interest to read this book also after reading my little sharings. This book is written by Enrique Barrios, the writer never met with any extraterrestrial before but, his sibling's child "Pedrito.." a 10 years old boy (I renamed as "Peterlo", direct translate from Chinese). It happened in one of the summer while having a holiday trip with his grandmother, Peter met an extraterrestrial at the beach. That night was pretty quiet, no one else at the beach but just him. He was looking at the big sea. Out of sudden, Peter saw a red color sparkling lights from the sky above him, and at that time he whispered, maybe just like a firework during new year. But, that light fall straight down from the sky and keep changing in color. Eventually, submerged into the water, then only he realized that's not a firework. It looks like a kind of airplane, a spaceship or a much bigger one. That unknown plane submerged into the water and after that, the sea water seems just calm and quiet for a while.
Then after that, Peter saw someone was swimming toward the shore and he found out is just a kid, looks like at his age or maybe a little smaller than him and also smaller size than him.
Then Peter asked him, "what happened?"
The unknown kid smiled and answered "forced landing."
"How's the pilot, is he fine?" Peter asked
"He is just fine, standing right beside you" he answered.
Peter shocked and said, "What?" Really hard to believe, isn't it?.. Haha...
Then Peter asked, "Why are you here?"
"For a mission."

Let me share some excerpts that I find more interesting and if I will to translate the whole book (which is in Chinese version), then it is going to take time.

"How should I call you?" Peter asked.
"You can call me "Friend" because I am your friend, friend for all."
Peter just came out with an idea, "Friend read as "amigo" in my language, then i just call you "ami"." This is how the title of this book named as "Ami."
Remember the "Mission" that Ami mentioned earlier, he was here with the mission to get Peter to write about the importance of "LOVE" to Earth and his experiences with Ami into a storybook.
to be cont..

Ami took out a machine, appeared to be an old and small TV to show Peter that his grandmother was slept tight. The TV screen showing through road to his house and passed through the wall and then go into the house. It is a color-screen and just so cleared and look so real. Peter saw his grandmother was sleeping in her room and even can hear her snores.
"She sleeps like an angel." Ami smiled at Peter. It just like a "Live Show."
"Let's go to the kitchen and check out what has grandmother prepared for you as your dinner."
Then Ami moved the TV a bit, and it was a plate of beef with fried onion and few slices of tomato.
"Disgusting!" Ami shout and said "How come you all eat "corpse"?"
"What corpse?"
Ami explained, "Corpse of a dead cow. That's a piece of meat of a dead cow."
Meaning, Ami is vegetarian and none of their beings in his planet eating corpse, because they believing in "Love." I do believed that someone who is compassionate and loving will not eat flesh or meat of others beings or not even hurt them.
This remind me of a movie, The Last Mimzy, who is a small little girl. I forgot her age, but, when she get to know that the piece of meat in the hamburger is make of corpse of a cow, she quickly spilled it out from her mouth. Then I start to understand, children is just very pure and loving. Children just does not know the food that prepared and cooked by their mother, so I do believe that most children will turn to vegan if they get to know that beef is corpse of a cow. Then, it is the responsibility of their parents to tell them what they are eating.
to be cont.......cont. Let's share an excerpt from part 2 of Book 1.

Ami said to Peter, "Look at the SUN."
It appears 50 times bigger than the One that we see on Earth, Peter whispered within.
"In fact, it is 400 times bigger" Ami explained.
"It does not seem that enormous..."
"This is because of the distance, too far away." Ami further explained.
"What planet is this?" Peter asked.
"This is planet of Ophir. Over here, the residents of this planet are from Earth."
Peter shocked, "What?!"
Ami explained, "Few thousands years ago, there was a continent on Earth with the civilization similar to yours, the current development on Earth. During that time, their level of science surpassed their level of LOVE. The people has great "intelligent" but not "wisdom and love." That's why, the consequence had happened."
Peter asked, "so, it self-destructed?"
"Yes. Only those get the early warning what's going to happen get to the other continent and survive. And, you are descendant of those survived."

After reading this short excerpt, I understand that when the development of science go too fast as compared to the level of love or lack of Love, the Earth will self-destruct. Therefore, in order to create a more sustainable planet on Earth, we must filled our planet Home with Love. I personally find that the best way to cultivate love is by adopting vegan diet and love all animals, instead of slaughter and eat them. So, I conclude that the best religion is the religion of LOVE that can create a more sustainable Home for ourselves and our future generations, and live happily and harmony with animals.

And, this remind me few days ago I received an email about a dialogue between a Brazilian Theologist Leonardo Boff with Dalai Lama. Dalai Lama was asked "What is the best religion?." The holiness answered wisely, "The best religion is the One that gets you closest to God. It is the one that makes you a better person. Whatever makes you more compassionate, more sensible, more detached, more loving and more ethical. The religion that will do that for you is the best religion."

So, let's share your love and be Vegan! We can save the planet!

Posted by Tiffany Lai at 9:21 PM No comments: 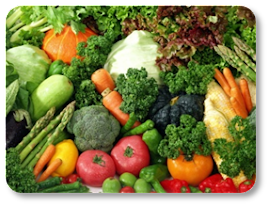 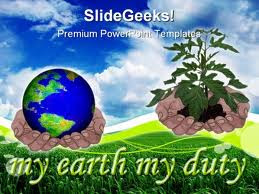 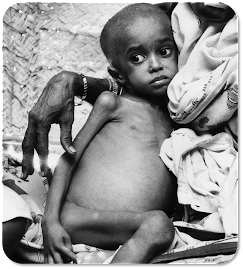